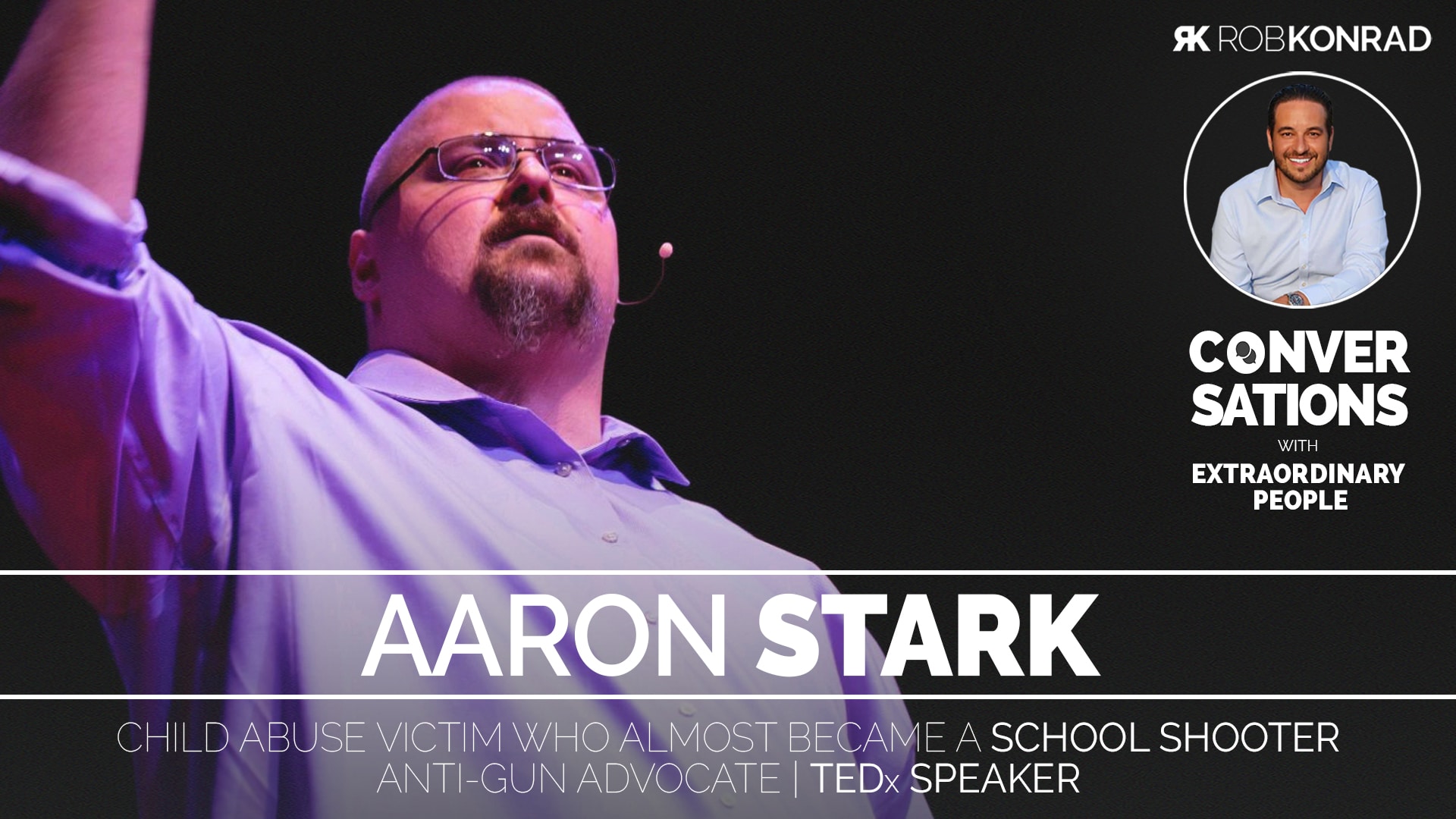 Luckily, before the unspeakable could happen, Aaron was saved by simple acts of kindness – by a colleague who understood that Aaron needed emotional help and support more than anything else.

Aaron left his abusive home, got his life back on track, and how he shares his story of hope and transformation with the world.

His TEDx talk, “I almost was a school shooter”, has been watched over 8 Million times, he is now a mental health and anti-gun activist, husband and proud father of 4.

In this deeply personal and emotional conversation we talk about bullying, what goes on in the mind of someone willing to take his life and those of others along with him, what we can do to prevent school shootings in the future  – and much more….

Click on the video above to listen to the episode – and join the conversation, NOW!

Aaron Stark is a family man, father of four, and a survivor of intense abuse and depression. Now he spends his days trying to help people find a way out of that darkness by speaking to as many people as possible. For speaking inquiries email aaronstarkauthor@gmail.com

Prev014 – The “Curiosity Show” host who inspired millions of kids to try science: Rob Morrison
Next016 – How the “Subway Wizard of New York” Became a Wizard: Devin Person